February 1, 2012 – Azione Unlimited (AU), the new buying group for custom retailers and integrators led by Richard Glikes, today announced the first wave of vendor members. In a preview of things to come, twenty world class vendors have joined forces with Azione. Another five manufacturers of video are available to dealer members through distribution partnerships.

More programs are in discussion and will be solidified prior to the beginning of the Japanese fiscal year April 1. Mr. Glikes and friends shot a You Tube video to introduce the new vendor members in a theatrical way.

Video will be handled through distribution partners fulfilling products from:

Unlike other buying groups, vendor members and dealer members will serve on the Advisory Board. Three vendor executives and two dealer principals have already been chosen as Founders. The remaining two vendor board positions and four dealer founders will be unveiled within the next two weeks.

Richard Glikes stated, “It is an honor to have vendor members join a group that stands for something more than “a deal”. We will be as much an “education group” as we are a buying group. Sharing execution excellence in free member meetings, exceptional marketing, and aiding in vendor relationships are part of our value proposition that I believe will over the next year catapult us to the preeminent position. We are now accepting members with a goal of having 150 by year end.”

Richard Glikes can be contacted by calling 610-344-7477, or email richard@azionegroup.com 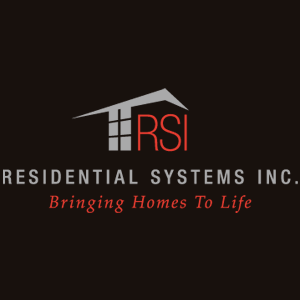 Residential Systems, Inc. is Denver's leading provider of home automation systems. In business since 1987, we have worked on over 5,000 large-scale project across Colorado and across the world.