Azione 2.0 was launched in 2017 with an emphasis on enhanced communication, member education, and growth. “Buying groups should be about growth and delivering profits to dealers and vendors, but all too often aren’t. That’s exactly why Azione was formed. Our members are equal partners who work together, driven by loyalty and camaraderie,” says Richard Glikes, President of Azione Unlimited.

The organization has already delivered that and more in 2017, with vendors and dealers alike writing their best May ever in 2017, month-over-month, and with June 2017 representing the group’s best month ever in its five-year history. “In growth dollars, across all our brands, we are up well over 30 percent now,” says Glikes, noting that maintaining Azione’s unique model contributes greatly to that success. In addition, he says, an “accumulation” philosophy towards sales, promotions, incentives and information, has also played a role in members’ growth. “We want dealers to pile it on our vendors, rather than slice the pie different ways,” says Glikes. “Together, we can all grow the size of that pie.” All of the programs, meetings, and initiatives introduced as part of Azione 2.0 focus on that goal, whether it is webinars focused on the business aspects of integration or the motivational contest designed to encourage dealers to try new brands within the Azione family.

New Partnerships Equal Exciting Opportunities
Supporting existing members doesn’t mean Azione isn’t open to new vendors. The organization has formed partnerships with iconic companies, including McIntosh and Sonus Faber. Additionally, through a new partnership with Mercedes-Benz, Azione is offering members lease deals on Mercedes Sprinter cargo vans, including substantial savings off MSRP. “It is thanks to our member Audio Dave, of Boston, that we’ve formed this relationship with one of the nation’s largest Mercedes-Benz dealers. This partnership exemplifies the power of our group and the strength of our membership,” says Glikes. “We invite all Azione members in the region to take advantage of this generous offer to refresh their fleets with newer models.” In addition, Azione Unlimited member Steinway & Sons Pianos is offering Azione partner dealers substantial commissions on Spirio high-resolution player pianos. “Azione dealers help fill clients’ homes with music and entertainment. Visualizing a player piano in the space before a home is built ensures a location for what is destined to become a classic focal point in any luxury residence,” says Azione Unlimited President Richard Glikes.

Motivational Contest a Tremendous Success
For Azione, this also means packing events full of one-on-one sessions, small group meetings, keynote speeches, and team-building activities, as well as trying new methods to motivate members. The Motivational Contest, for instance, proved to be a tremendous success, with the winners announced during a well-attended Facebook Live session. “The contest was a home run,” says Glikes. Each Azione vendor added an average of nine new dealers as a direct result of the 5-month competition, culminating in nine couples winning trips to Turks & Caicos. “At our vendor meeting, those in attendance reported that they are wholeheartedly in favor of doing another contest in 2018. There will be even more ways for our members to win,” says Glikes.

Three Meetings, Many Perspectives
Adding more winners to the Motivational Contest was just one insight Glikes gleaned from the highly successful series of three separate meetings held between the Spring and Fall Conferences. Glikes made some changes and additions to the upcoming Amalgamating Assembly Fall Conference in Austin as a direct result of feedback he received in the meetings. The series kicked off with the Middle Managers’ meeting, to be renamed “Key Leaders” next spring, which included interaction between six vendors present and key operations personnel from a number of Azione dealers. The second meeting, Prescient Planning, was the organization’s annual vendor meeting. “That meeting was pure, positive electricity!” says Glikes, noting that he expected it to be a five-year planning meeting but, instead, turned into an assessment of the organization’s strengths and weaknesses and opportunities for improvement. The third meeting, The Science of Selling, was very well attended and will expand into a series of sales seminars in 2018, again, with the goal of driving growth and profits for Azione members. “This trio of really interesting meetings has re-shaped the way we think about things,” says Glikes. Azione will wrap up the year with the Amalgamating Assembly, to be held at the Sheraton Austin at the Capital October 11 – 13, 2017.

About Azione Unlimited
Azione Unlimited, the education and buying group for integrators, is a consortium of like-minded custom installers, home technology professionals, vendors, and service providers. The organization helps its members achieve greater levels of prosperity, technical acumen, and sophistication in running their businesses and serving customers. Founded by industry veteran Richard Glikes and headquartered in Chester Springs, PA, the organization is celebrating its fifth year. In addition to two high-energy, information-packed conferences per year, Azione provides its members with a host of benefits, from product discounts to educational middle management meetings, and marketing tools. Learn more at AzioneUnlimited.com. Follow on social media: Twitter @AzioneUnlimited or Facebook.com/AzioneUnlimited.

All products, product names, trademarks and registrations mentioned are the property of their respective owners, all rights reserved. 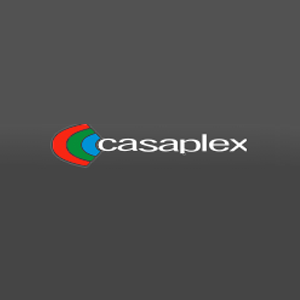 Casaplex was founded in 2004 and employs 26 professionals. Derek Goldstein, CEO/President describes his experience in the CE industry and as a member of Azione Unlimited.